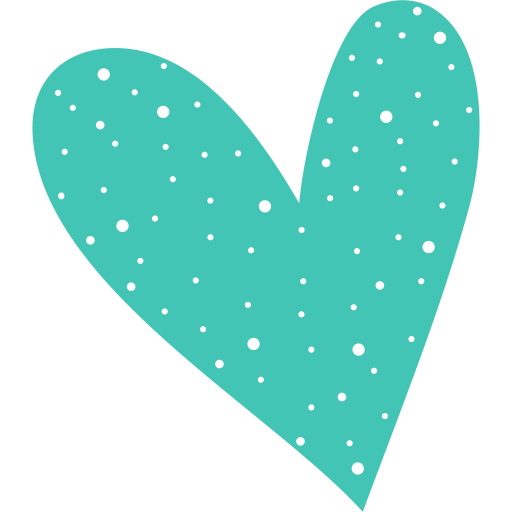 Menu
Today I’m sharing with you a Christmas card made with an old Magnolia’s image called A Joyful Tilda. This image was released in 2013 as part of Winter Wonderland collection. I also used a few background stamps, also from Magnolia.
I used quite a few different dies on this card, mostly from Magnolia’s kits. For those of you who don’t know what these are all about all I can say is they are amazing. You can only buy these in kits, not in regular releases, so if you miss them, there’s almost no chance of getting them later!!
Dies that I used are from old kits. There are still a few kits available to order in SHC store:
Doohickey club Vol. 16 – Fall in love (Fall themed dies! Love them)
Doohickey box vol.18 – Flowers (pre-order)
Vintage box vol.6 – Sleigh Bells (will be out SOON) …
I’m sure you noticed that pretty blue star, right?! That one is from la-la land crafts and it’s called North Star die! There’s two in the package. 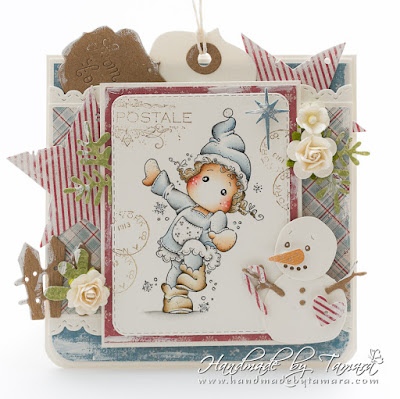 Papers used are from Maja Design – Home for the Holidays. This is one of my all time favourite paper pads and colours in there are simple divine!!!!
There’s also a new paper collection out from Maja Design. It’s called Joyous Winterdays. There are still a few sheets of 12×12 left in Swedish House Crafts store if you’re planing to do some Christmas cards! I already got mine and they are GORGEOUS!!! I already made a second order! 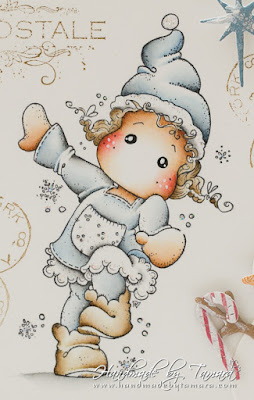 I am speechless…words can’t adequately describe how absolutely gorgeous each card is!! Your coloring is absolutely FLAWLESS!! I’m completely amazed at the quality and detail you put into each card! Very impressed with the care taken to carefully wrap them for shipping. Thank you so much for the beautiful treasures!