Menu
I know … Finally!! lol
Some of you already know that I was invited to be one of the teachers at la-la land’s Palooza Craft Retreat 2015 in San Francisco, California. The question came as a total shock and of course I said yes. Who wouldn’t, right?!
I went to US with my boyfriend and the most difficult thing was to leave my baby girl at home, but it was just impossible to bring her with us. She did tell us what to bring her though before we left, lol (big pink horse and big Rapunzel).
Sooooo ….. we went on the road on Monday November 2nd. We drove to Venice, stayed there until the next day and went to the airport early in the morning. I won’t even mention that the hotel was awful, but we didn’t need anything fancy for just a few hours. We flew from Venice to Frankfurt and almost missed our flight because there was some serious fog in Germany. I mean serious!! It was like landing into milk. After a small delay we were finally on our way to San Francisco!!! Our flight was loooong (a little bit less than 11 hours) but ok.
After landing in sunny (but cold) California we took our car and drove to Pacifica, where we had this view from our room. Not too bad, huh? 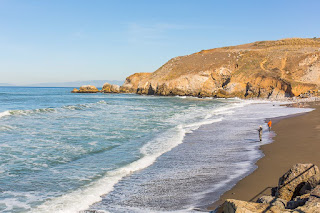 After settling in we went for a short walk and ran into Irina Blount! You know her? Of course you do! The queen of la-la land crafts! (and my lllc boss) Here’s a few pics from the Pacifica ….

…. our hotel on the left  and cold Pacific ocean … 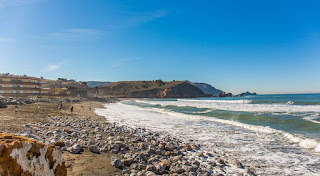 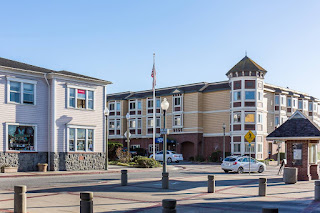 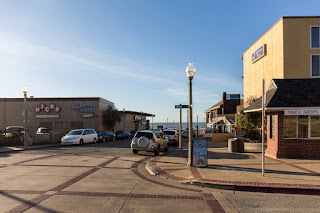 After coming back to hotel I finally met the other two girls – Debbie and Sue from Australia. Love them both! 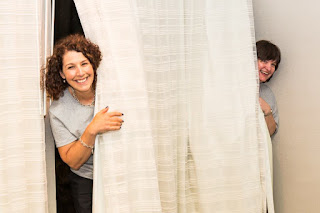 We had some work to do before the retreat with the girls, but all I’m saying is there was a lot of laughing involved. 🙂 Cutting and packing everything for the retreat took me a few weeks, but there was still a lot of work to do when we arrived.
… here’s how it looked ready for the ladies to arrive: 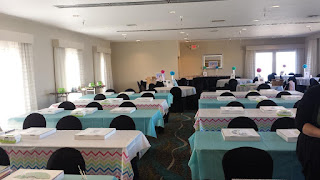 … ladies waiting for us to arrive . 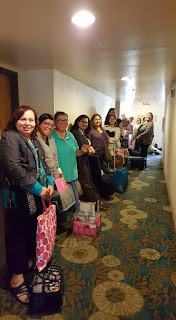 Meeting the ladies was really fun!!! There were a few I will never forget!!! Right, Minerva and Maria, Brenda ….?! 😉 A few words about the event? It lasted 3 days, November 6th – Nov. 8th. There was 6 classes and a lot of table projects! 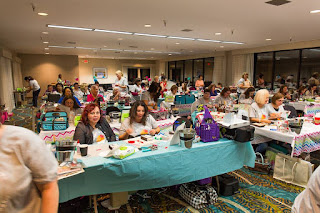 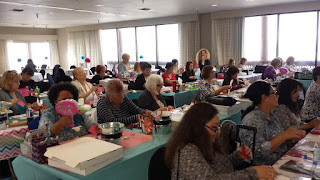 Want to see more pics from the event? Ok … 🙂 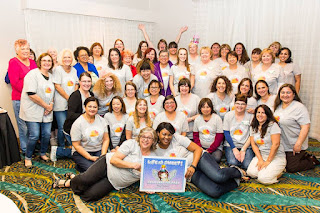 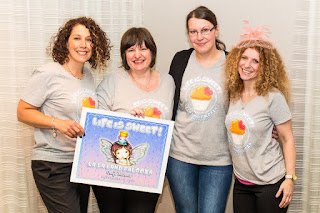 Ladies were all doing great! There were some crazy photos taken at the end of the event. I’m not showing you those, hahahaaaa ….
This is the last pic taken at Pacifica … breakfast the day after the event! 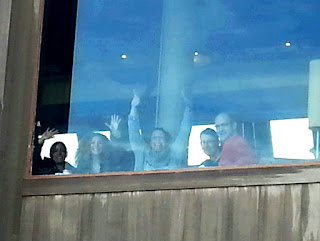 So, this was the busy part of the trip and now I’m going to show you a few pics from the holiday part of the trip. We stayed in China town (San Francisco) for a few days. We went to the city, saw Union sqare, China town, Alcatraz, Golden gate bridge …. 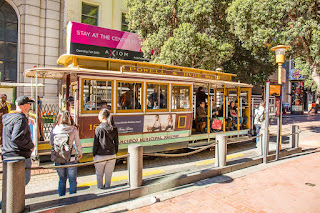 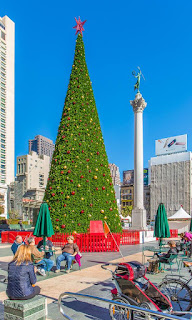 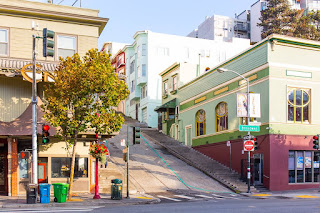 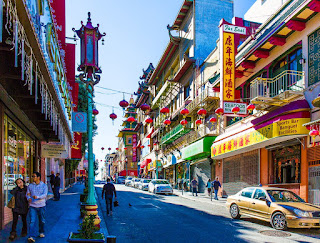 …. view from the fary on Alcatraz … 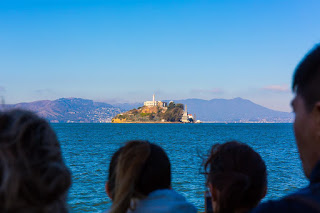 … of course we had to bring home pink horse and big Rapunzel! Disney store!!!! OK I admit, we did bring home a few more Disney characters … Belle, Mike from monstres inc., Tinkerbell, Anna ….. and some more … hihiiii …. 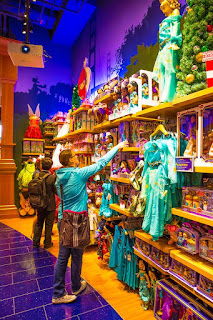 After 10 days of California trip we finally went home, but our trip home was not pleasant at all. First we had two canceled flights, then we got a substitute flight. We flew to New York first where we had a technical failure which lead to 3 hours delay. From New York we flew to Paris. We arrived in Paris just hours after the terrorist attack. There we missed our flight to Venice (because of the failure in NY) so we had to wait for 8 hours to get one the plane to Venice. After 3 hour drive from Venice we finally arrived home arround ten pm on Saturday after being on the planes/airports for 31 hours! Exhausted!
After all the trouble this was still one of the best experiences in my life! Thank you Irina and ladies for making it happen!
Hugs, t.

… and this is what I brought home! hihiiiii …. 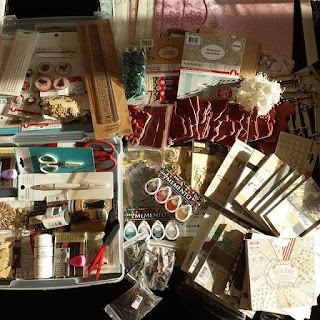 I orderd 2 cards with husky and panda. And honestly.. Love, love, love them!! 🥰🥰🥰 They are big cards and in reality better then on a picture. So detailed and perfectly made. Love the colouring! My hubby thought it was a print. And Tamara is nice and responds quickly to all my questions😁 as a card maker I expected a lot of her cards but honestly she overexceeded my expectations. I definetelly recomend her and her gorgeus cards!! ❤️